At the beginning of the capital commission, we were prompted to develop a site specific artwork for Haverfordwest; with a wide range of thoughts and opinions from the ‘Ideas Lab’ consultation that had been conducted. The proposal needed to present a permanent legacy for the programme that had preceded it. But without a fixed brief our first step was to appraise all existing information, and to consider all of the forms that the project could take. 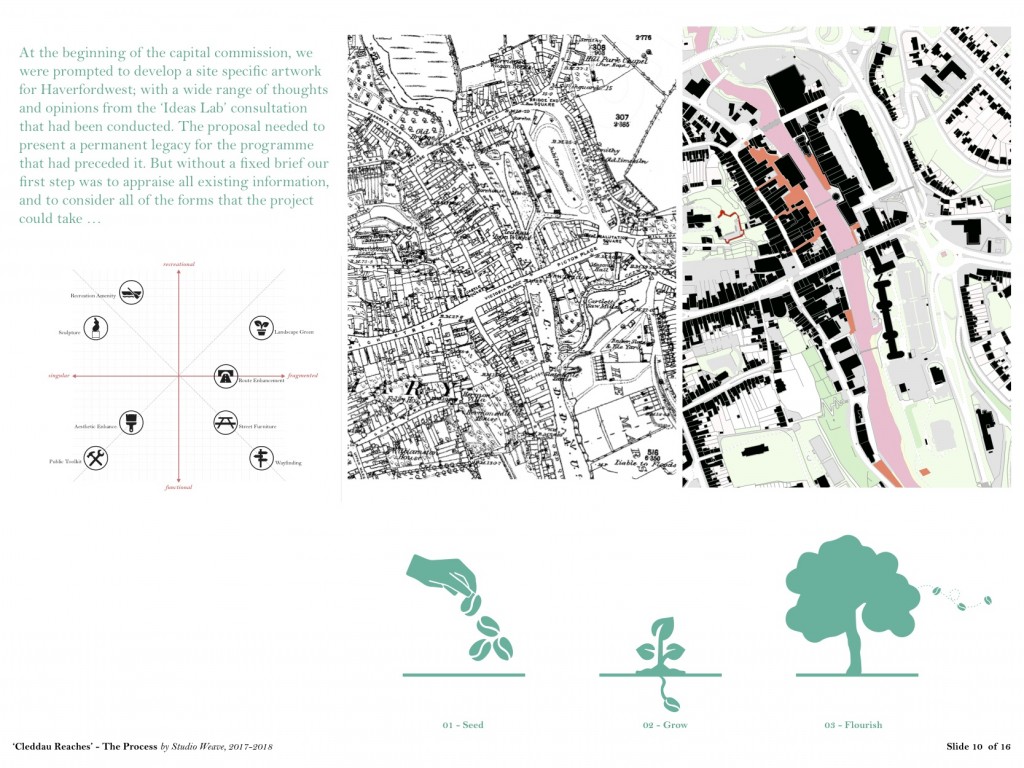 Once our focus was set on an intervention based on the river (specifically creating a series of interventions linking a route along its edge), we began to explore for suitable sites – considering the size and complexity of sites as well as the surrounding townscape, ownership, access constraints and so on. Parallel to this, we began informal consultation with a range of institutions and organisations to understand the evolving context of the work, and identify local projects with which it might interact.

It soon became apparent that it would be difficult to find an appropriate site for the intervention on or adjacent to the river edge – let alone the numerous sites we aspired to connect a route along it. We began to look toward placement in the river itself, in locations which corresponded to future projects in the town. The technical and ecological challenges and constraints of founding any intervention in the river required us to begin consultation with both National Resources Wales and a Structural Engineer. 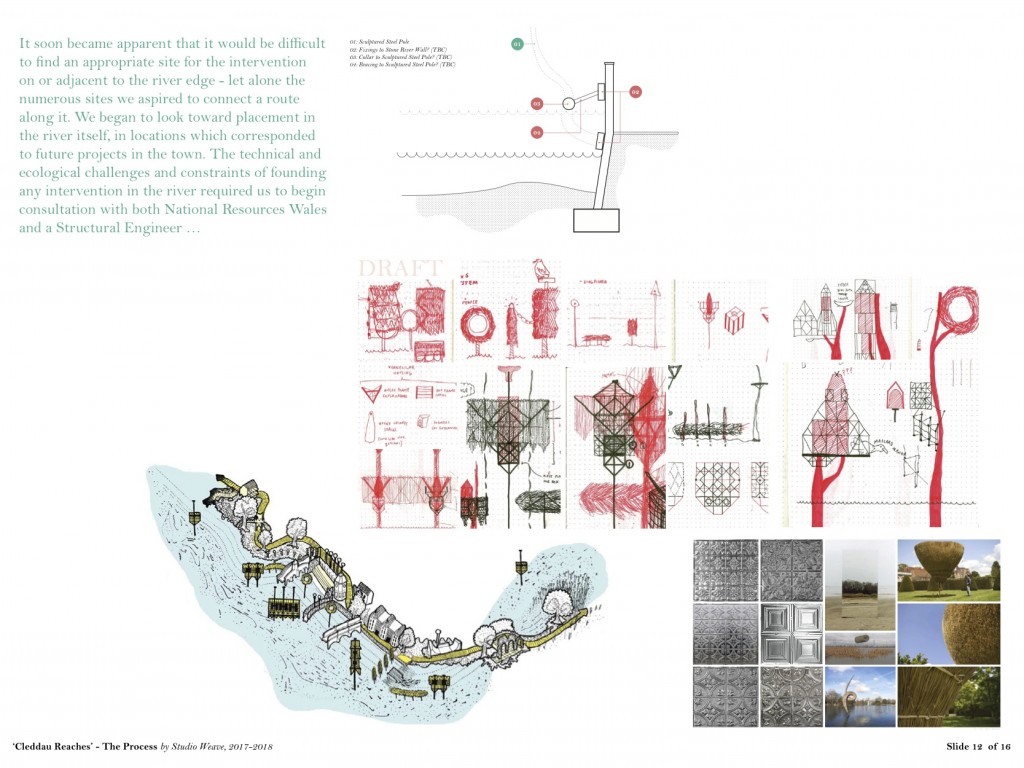 Our concept  evolved to encompass our aspirations to return nature to the river corridor, to make connections between the reaches, and to provide a space for local people to exhibit their activity in the town on a public platform. We began to explore local materials, traditions, the skills of local makers and craftspeople, which might be incorporated into the artwork; and hosted a series of workshops to rebuild relationships between these crafts and the local community. 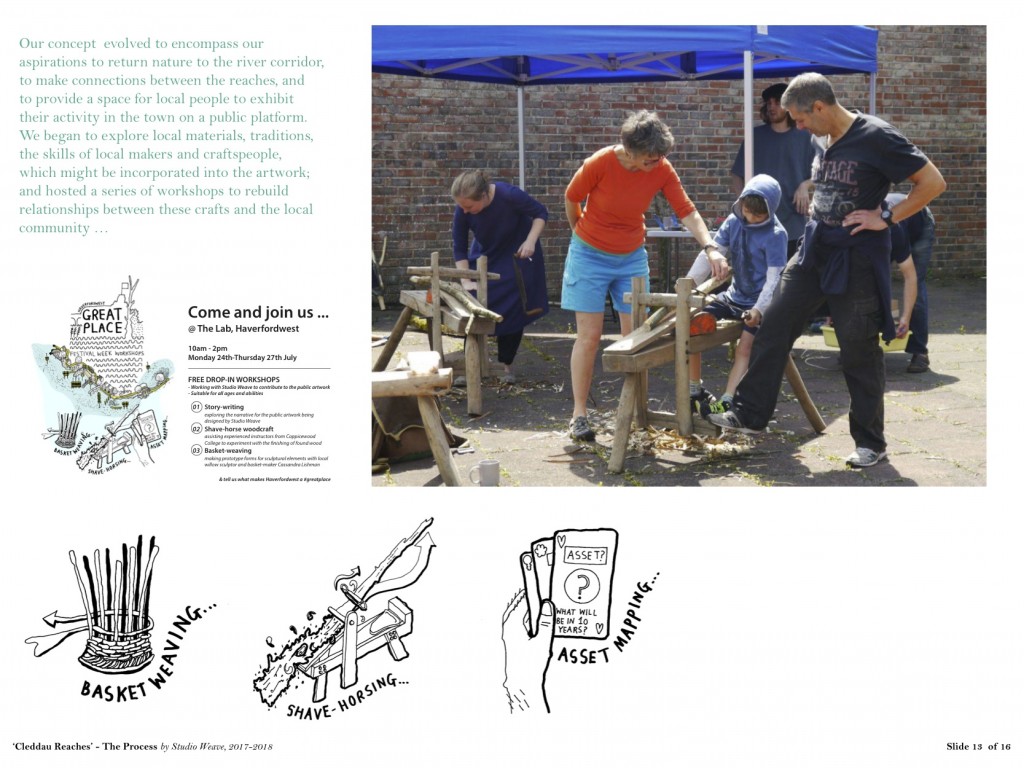 Pulling together all these strands we refined our design proposals with enough accuracy to submit a technical planning application citing the location, scale, and fixing method of the sculptures; but still leaving enough flexibility for the chosen craftspeople to develop the precise materiality, detailing and finish. By this stage, we were working closely with the Structural Engineer and Principal Designer, to responsibly ensure the stability of and safety precautions associated with the sculptures, which appeared to have no local precedent. 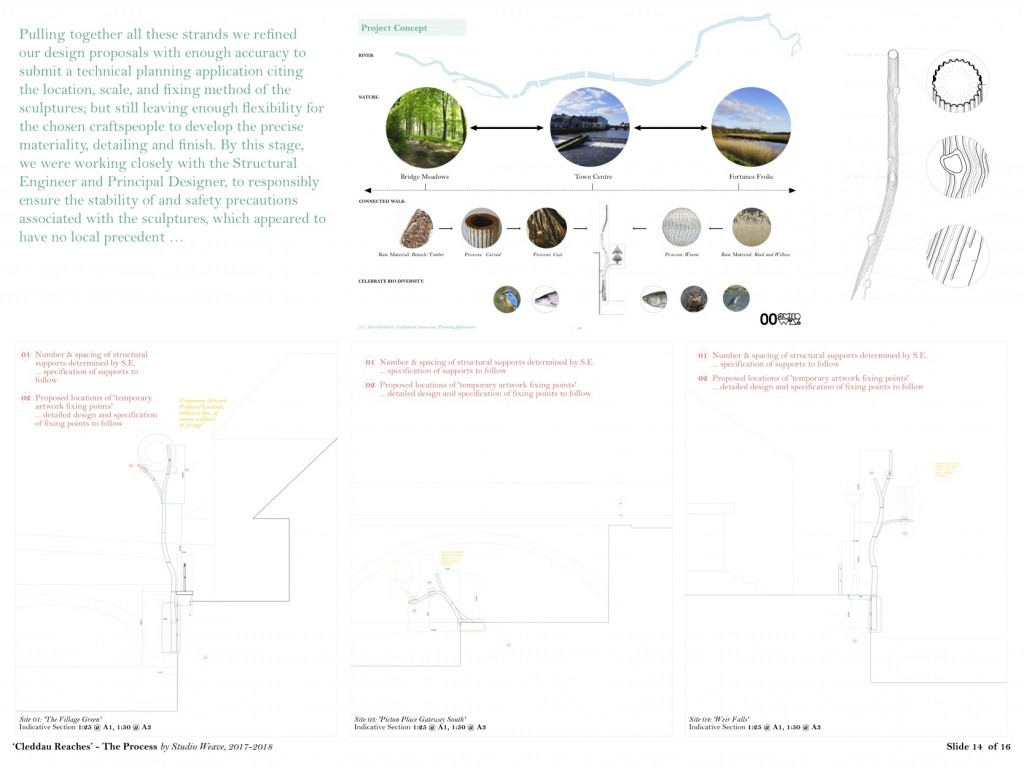 Finally, with permission granted, those fabrications – whose real local materials required specific identification and collection – required ongoing co-ordination, to ensure that each of the separate parts came together suitably representative of the planning permissions; and that they could be installed on site. And a specialist contractor was needed to install appropriate ground anchors into the river wall, and to complete the fixing of the works in the tricky river locations. 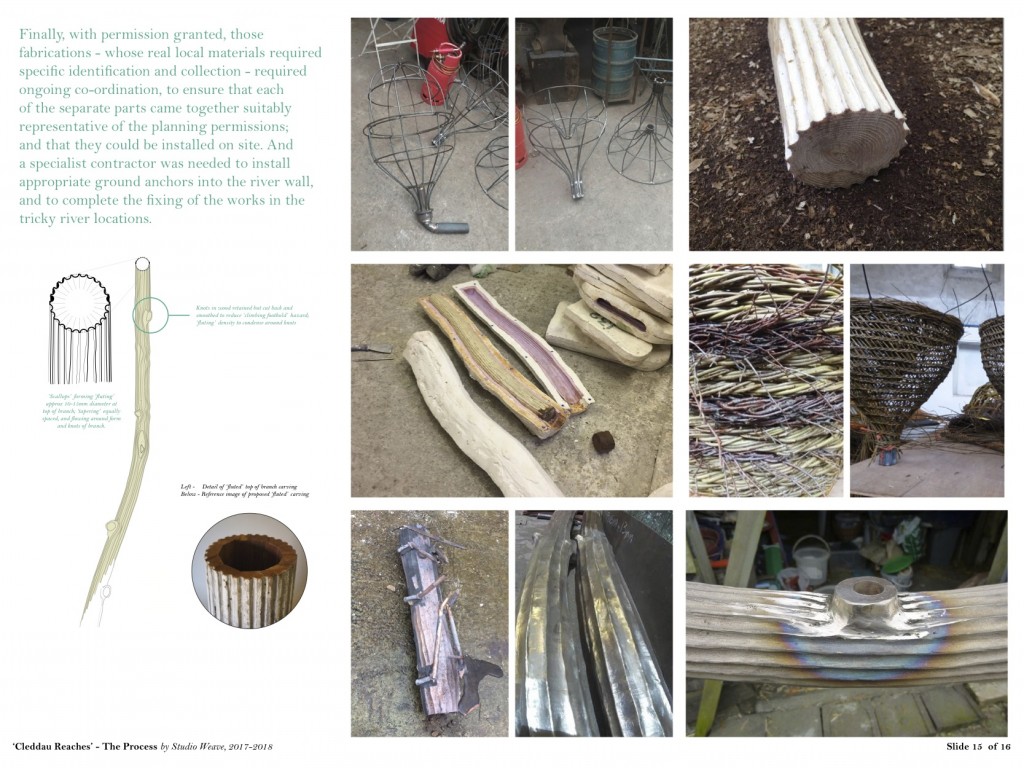