Following the success of Festival week in 2016, Haverfordwest Town Council co-ordinated individuals and organisations to build an even more diverse and ambitious programme for the 2017 festival, which took place in the last week of July.

As part of the festival, The Lab worked with artists and organisations to put together a series of events themed around the idea of place making. Some, such as Little People, the Poetry of Haverfordwest and Something Fishy were developments of ideas that had initially been bought along to the ideas lab, whilst others such as the Seren boat launch and the screening of the French transition film, Demain (Tomorrow), evolved out of earlier projects. 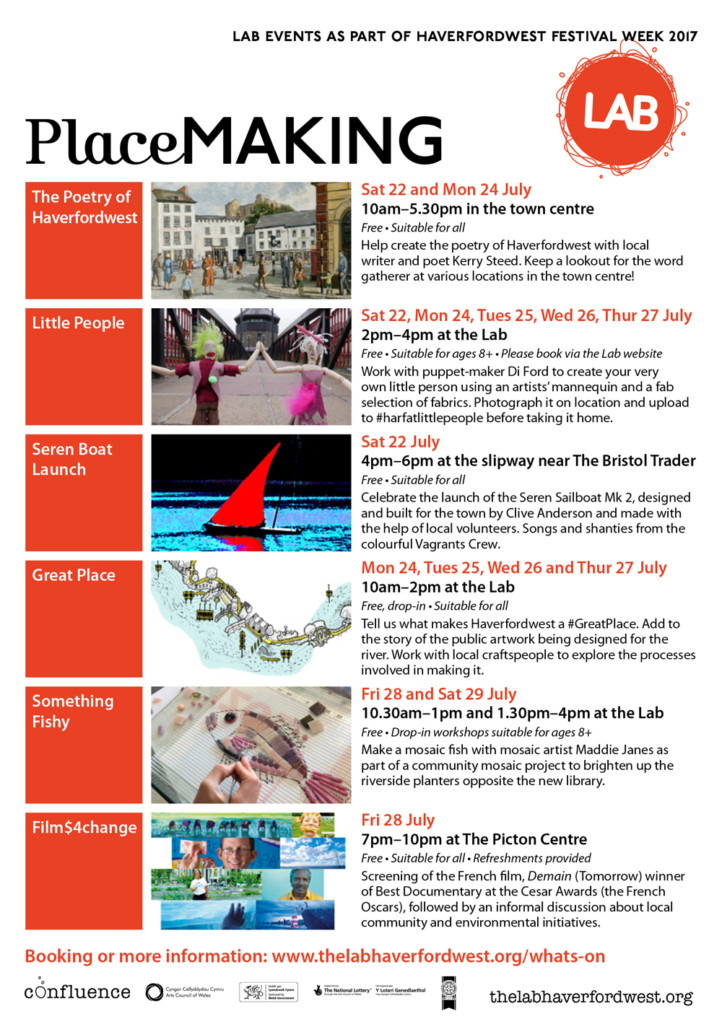 Alongside these creative contributions, the riverside courtyard at the Lab hosted activities to introduce the fabrication processes for the artwork being developed for the river as well as opportunities for locals and visitors to share their thoughts about what makes Haverfordwest a Great Place.

The place-making programme attracted over 500 attendances at 17 events and in the process: