How did we get here?

A geocaching and mapping game led by Haverfordwest town councillor, Jon Collier. . How do we get here?’ was the third in a series of Autumn walks  organised as part of the Lab’s programme for arts and regeneration in Haverfordwest.  Each guided walk aimed to give local people and visitors direct experience of the natural landscape within walking distance of Haverfordwest, and focus on ‘reaching the river’.

The walks were devised to create opportunities to explore the numerous paths and hidden sites along the river that are underused, overlooked and disconnected from the town centre.  The idea for this walk came from  a comment made on the Big Map. a series of mapping workshops in September 2015.

Ideas on the The Big Map

‘Geo-caching’  provided a vehicle for finding and following the clues, and mapping a journey along the lower reaches of the River Cleddau in Haverfordwest. The walk took in a circular route, returning via clay lanes and Haroldston, to investigate ways of connecting and using riverside sites such as the Priory ruins, the underpass zone and the former dump on the Saltings- a ten-acre, naturally re-wilded rubbish tip. 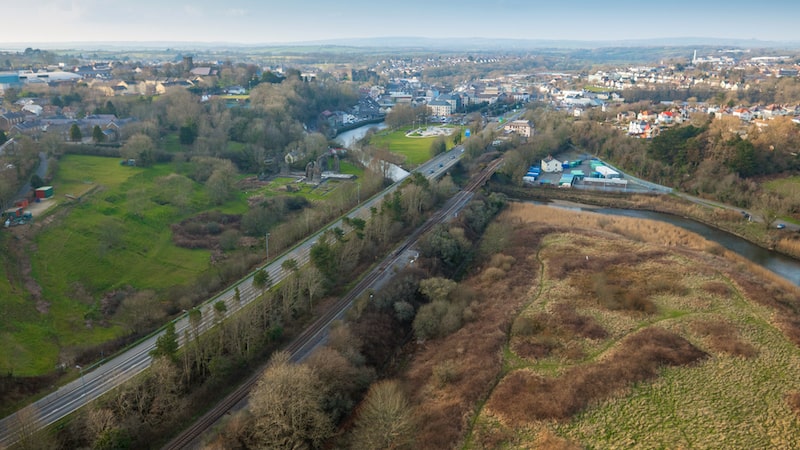 An aerial view of the former dump between the railway and the river  – now naturalised, looking north toward the town centre. Courtesy Skycam Wales Ltd.

Jon led the group along a proposed shortcut  under the  bypass and railway bridges, through marsh reed beds then up onto the former dump where walkers followed Jon’s temporary path cut through the brash to join existing trails across the wasteland, taking in the panoramic view at the confluence of the river with Merlins brook, and passed the former Alderwicks bottling plant. 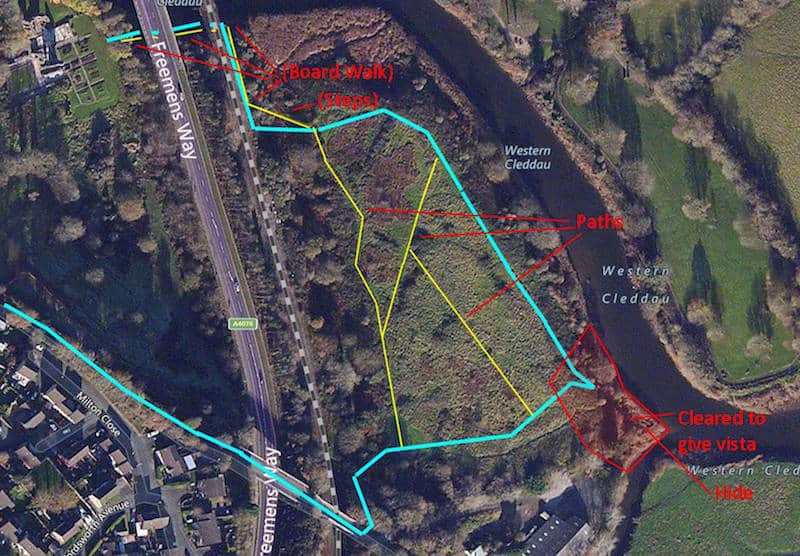 Dave Harries’s map of the route taken on the walk with suggestions for ‘light touch’ ecological and recreational uses… an eco park?  Image: Dave Harries

Geocaches were hidden for participants to find at various locations along the way. Geocaching has become a popular outdoor activity for people, using  a smartphone app and  satnav technology on the internet to locate hidden ‘caches’ that are uploaded on the site.  Participants travel to the locations given and then search for clues on the ground in the vicinity of each cache. Most of the participants in the group were new to Geocaching.  The walk finished at the Bristol Trader with the option to stay for a drink and a meal.

Fourteen participants took part. Two were town councillors and their related family members, and three were members of the Haverfordwest Civic society. Other walkers included one couple who were interested ‘geocachers’ having downloaded the app to use on their phones. The remainder were mostly dog walkers. ( there were as almost as many dogs as people). 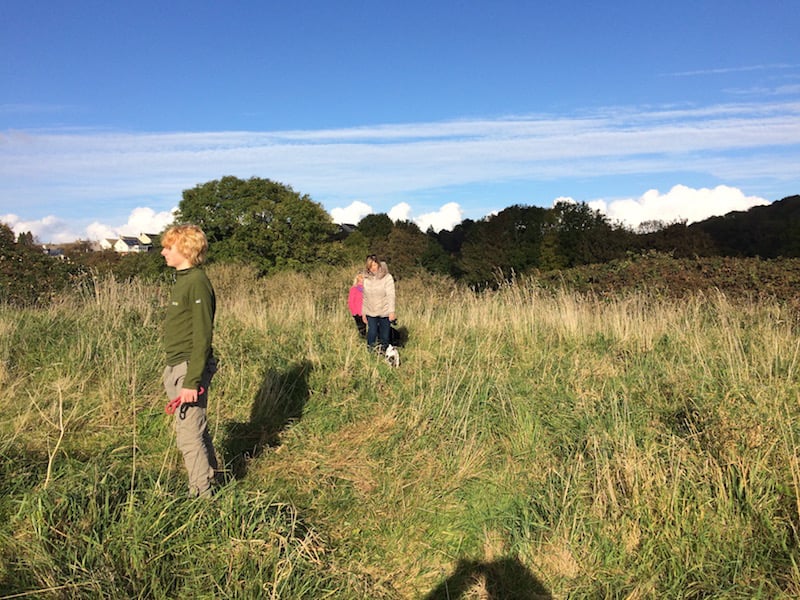 Walkers in the wilderness. The group explore a naturalised wasteland reached within 30 minutes from the town centre along a proposed riparian shortcut.  Photo: Confluence.

In response to an open discussion on the Saltings. The Chair of the Haverfordwest Civic society,  Dave Harries sent us a map of the day with suggestions for how to improve the access and manage the re-wilded dump site with a light touch approach.

‘One thing which would really set the site off would be to clear a section on the south-eastern part of the  site to open up the vista, it would also be a good place to construct a hide for those interested in birdwatching etc’. 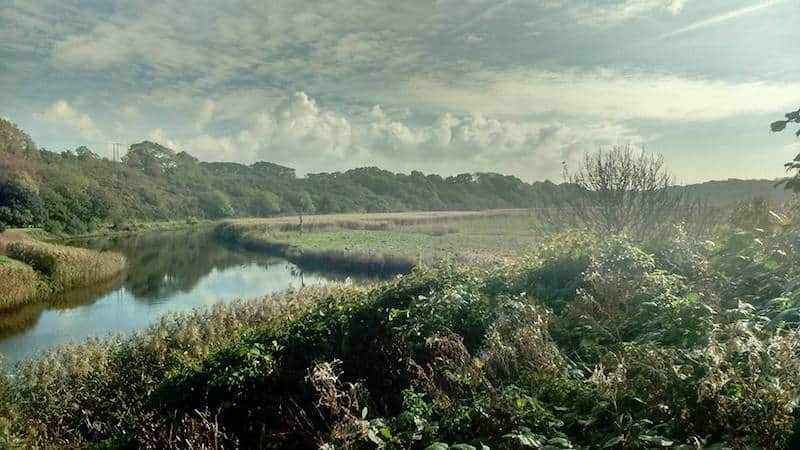 The lower marshes and tidal River Cleddau seen from the viewpoint walkers reached on the former dump. Photo: Jon Collier.

Since the walk, Jon Collier has started a Facebook group with a poll to engage public opinion on proposals to improve the access along the river route taken in the walk. This  is in conjunction with proposals within the Town Council which he is leading on to undertake the work needed.  Nature has regenerated itself and  by looking at the place differently, the  site could lend itself to becoming an eco-park supporting new uses and recreational activities. The  level of the former dump is elevated  and not only affords panoramic views but could be the springing point for a link to ‘Fortune’s Frolic’, an existing public park on the opposite bank.

In time, a footbridge (elevated to allow small vessels to pass at high tide) could complete a route linking residential housing nearby across the bypass to the Frolic, giving great access to existing walks along the Cleddau estuary. The site also has potential for activities such as sailing and watersports. This is an exciting opportunity to provide better access to an under-used resource that could be a key part of a wider and more integrated vision for a green infrastructure, piecing together a new plan for ‘town and country’ Haverfordwest.