…could be as simple as changing a few signs. 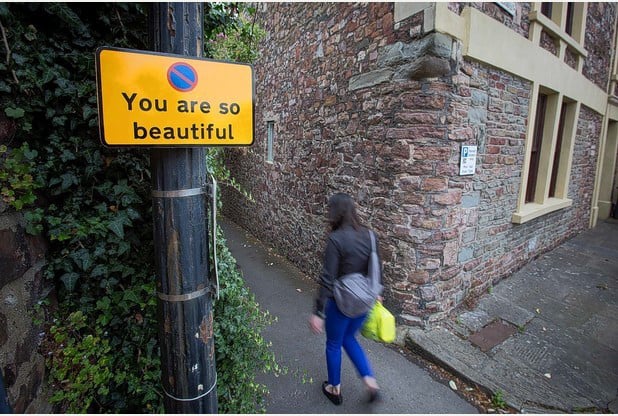 The Bristol Post. July 21, 2014 An offbeat mystery sign in Clifton which was fitted to a lamp post … has apparently been stolen. It is believed to have disappeared from Worlds End Lane sometime earlier today. The sign was disguised as a normal ‘No Waiting’ traffic sign. Appeals for the sign to be returned have already been made by residents who live nearby. One resident said: “I would like to appeal to whoever took it to please return the sign as we locals became fond of it and it always made people smile.”